Brought to you by: ingo
Unlicense 38891 Views 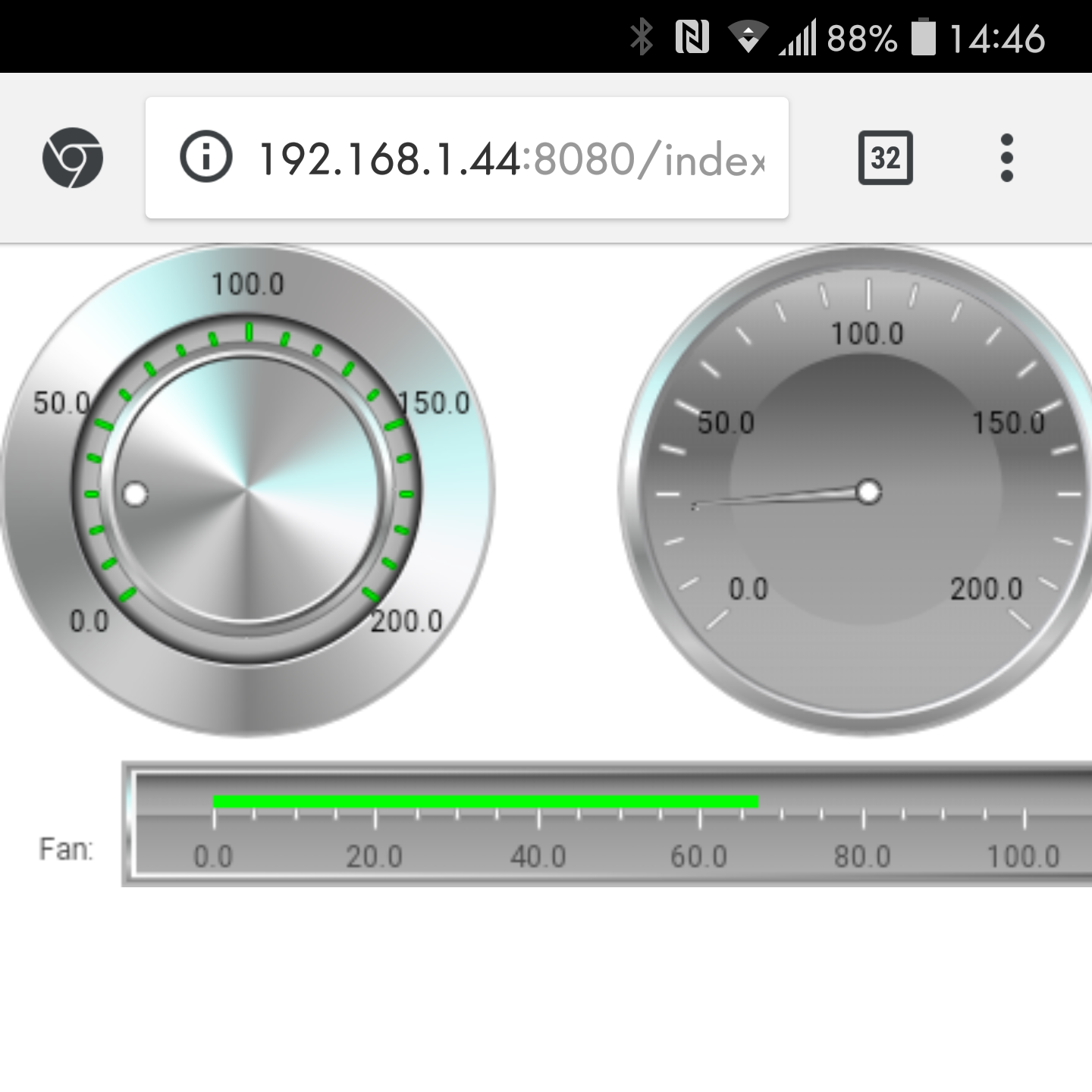 After the first tests with the SoftPWM on a breadboard, I now soldered everything together and pressed it into an old PSU case of an old PC. Actually this is a prototyping case, but I know how long those things are lasting usually. I guess, if it works, I will just improve it slightly, but leave it ;)... read more

Spare time for the ribs

After I enjoyed using the smoker as a grill for some time now, I spontaneously felt into a more brave project again. I bought some ready-to-grill spare ribs at my dealer of choice. 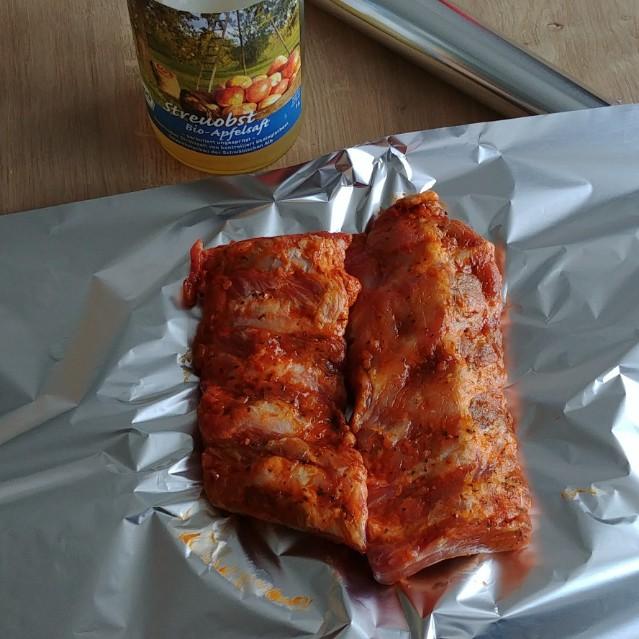 As I wanted to use those pre-rubbed and glaced ribs I was falling into the problem, that I found totally no recipe for it. Seems like everyone who is taking the time for seriously smoked ribs, does the full 3-2-1 method, which goes like this:... read more 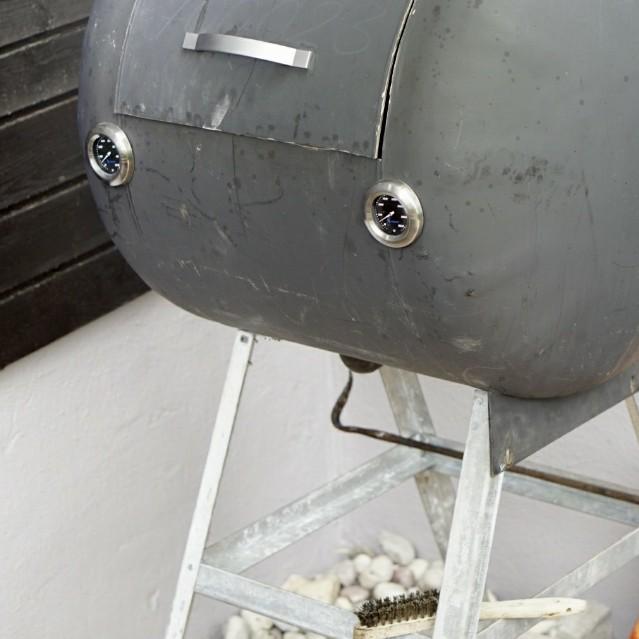 Over winter the project was suspended. But now in spring, I continued the work on the rack. Like I wrote before, the pallet solution didn't really satisfy me. Now my idea was a much lighter, but stable rack, which was made of (guess what) metal ;)

Like always, I mainly used spare parts, lying around. I used four stands, which I screwed to the tank using simple but solid brackets. They had an original length of 80cm. So to stabilize them over the length I fixed four cross bracings roughly in the middle of the stands.... read more 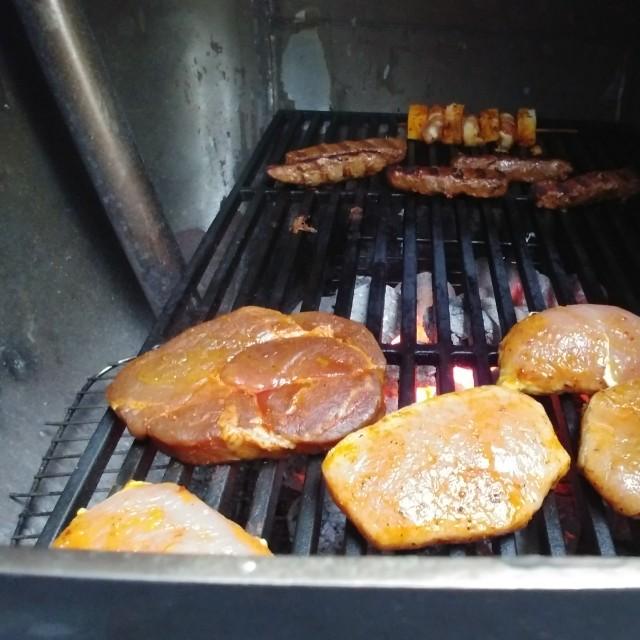 The first test was obviously done with some pork and some sausages. Those are easy to handle and easy to find a workaround if s.th. doesn't work as expected. I had actually some problems with the positioning of the meat above the blaze, but it was not critical.

I also tried to give it some smoke flavour, what was amazing. Even when grilling above a light blaze, just put a small piece of a thin limb into the blaze and close the lid for a few minutes. I used parts of an old plum tree from our garden, but I guess that many trees will do the trick.... read more

Fire in the box 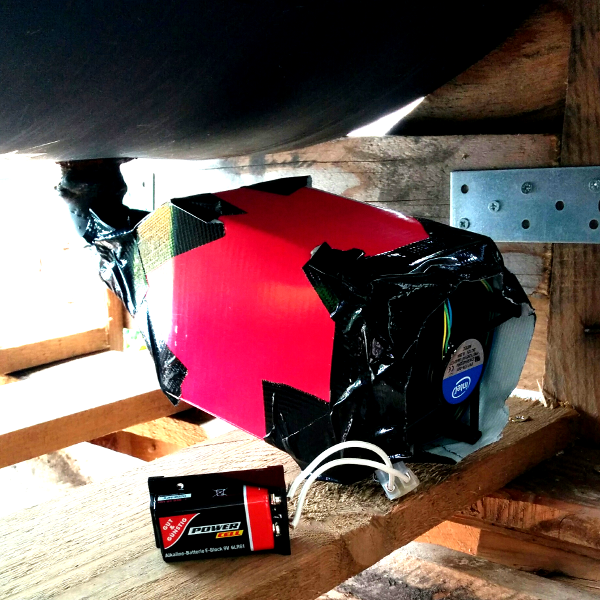 After the tank was ready, I couldn't await the first fire tests. To do the tests I needed a rack, which I built as a first draft out of old pallets. This was better then nothing, but not satisfying in a long term.

Then I started with a burning test. I used some coal brickets and later wood to test how the air flow works and if the chimney is functioning.... read more 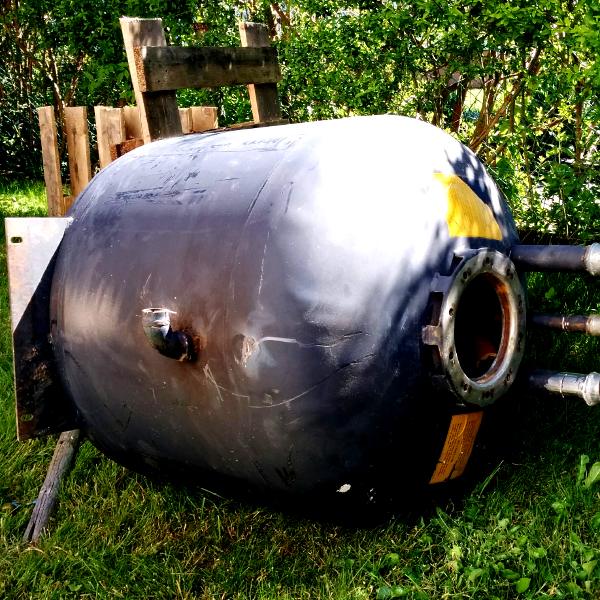 All started with the renewal of our heating system. After the disassembly of our old heating system, I was faced with a freshwater tank, marked for disposal. Until then I newer thought of owning or even building my own smoker. I always prefered grilling on open fire with real wood. I always loved this puristic way of preparing food.... read more